Will Fukushima Be the Next Chernobyl? 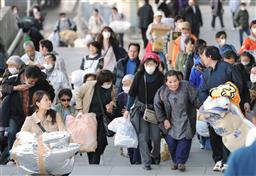 The Japanese government revealed the fact that 51,756 Fukushima citizens left their home prefecture to avoid being exposed to radiation as well as get some jobs outside of their hometowns. The biggest destinations they are commonly leaving to are Yamagata (10,043), Niigata (6,119) and Tokyo (5,642).
By comparison with other afflicted-prefectures's evacuee population (Miyazaki: 7,848, Iwate: 1,540), that of Fukushima is outstanding.