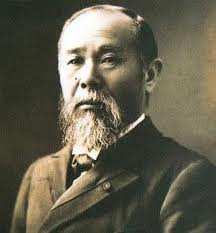 On August 16th, Kiyoshi Ueda, Saitama's current prefectural governor stated that Saitama must not choose history text books that is heavily colored with traditional Japanese "anti-self-sentiment" mindsets, rooted in the Japanese Empire's wars of invasion against other Asian nations. He especially laid stress on the assassination of Hirobumi Ito, the first Japan's prime minister who was gunned down in Korea, that at least Saitama must choose text-books that doesn't hark back his assassination.
Since Japan-South Korea relationship worsened than ever before due to various problems, including disputed islands, historical awareness, anti-K-POP-movements in Japan, and more, Ueda's statement may cause ripples not only on Japan, but also South Korea.
"Japanese must be proud of themselves and their history," said strongly Ueda at the end of his press conference.