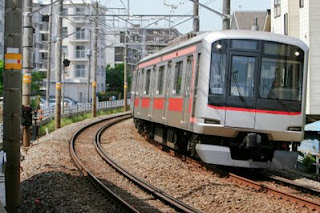 Resembling a web formed extensively across Japan, the country's train-networks become world's great models, especially those in Asia. More than a half-century down the line since the age trains largely became widespread across the nation, some started to view such mandatory scenes in which grand-mass of people are rushing to get in trains to avoid being late as art-forms; while others find passions in what we can see through train-windows.

The video uploaded on YouTube, called "XIAO GE ER" allows you to experience a dream-like train travel from Tokyo to sea-side areas via the video taken through train-windows.