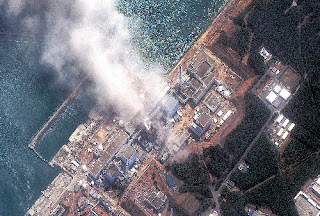 On august 8, TEPCO (Tokyo Electronic Power Company) announced that they can't get in contact with 150 workers in Fukushima Daiichi Nuclear Power Plants.
Even though TEPCO has tried to manage in-and-out of their workers with IDs, hand-writing name lists and the like, they couldn't find 150 of them.

Until March 11's greatest incidents than ever before occurred as well as brought on the country's largest nuclear accident, 1999's Tokaimura Nuclear Accident was the biggest of the kind, resulting in two workers's deaths. Recently, a picture that shows the nuclear damage's progression in one of the victims of the accident bears a little attention on the Internet.
If you want to see the progression, click the link below.

This is another picture of exposed person of the other nuclear accident.

Even after the Fukushima nuclear accident, some people keep promoting nuclear-power's safeness over and over again; but can they keep promoting the same thought even after knowing what happened to exposed peole?