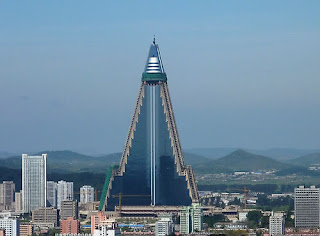 Aided financially from an Egyptian company, being broken ground in 1987, Ryugyoung Hotel in Pyongyang, North Korea is largely completed this year.
With 330-meter height and $750,000,000 in the investment, the hotel will symbolize the city and the Kim's kingdom.
Soon after the completion of the hotel, South Korean building specialist, however, commented that the hotel is at risk for wreck.
What will happen to this mysteriously huge hotel spent enormous cost and time? 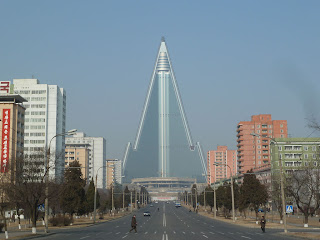 For this issue, Japanese Net-users jokingly commneted:
"A final boss must be in the highest floor.
"Isn't it a computer-graphic image? "
"World heritage-listed site for sure."
"Did they put solar panels on the hotel's wall?" 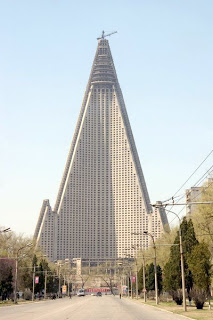