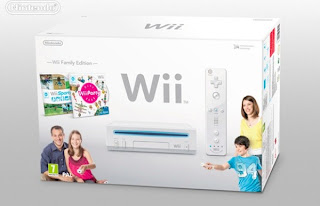 Nintendo announced officially that they will bring out refreshed-Wii at the end of this year (2011) that is downsized when compared with the original design along with Sony's PS3 and Microsoft's XBOX360's reductions in size and wight.
The new Wii doesn't have any compatibility with Game-Cube.

Additionally, Wii's succession model, Wii U, will be brought out worldwide after the spring of 2012.