A Japanese Popular Model Named Her First Son After a Comic Character. 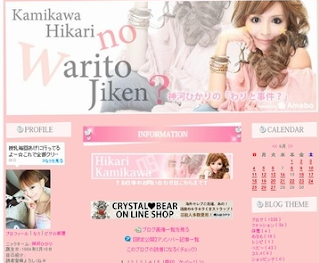 Recently in Japan, young parents' trend is to name their children after popular characters from Japanese cartoons, including anime and manga. Although most of Japanese people who have common sense don't believe in what is happening in their country, things are changing too fast before they know; and sometimes the direction is wrong according to the common sense.
Hikari Kamikawa, a Japanese popular model, named her first son, "Ace" after a character of a Japanese popular manga (comic), One Piece. Chinese letters that will be applied for his name are "瑛磨," and the problem is that none of Japanese probably will not be able to read the name correctly.
For this issue, some questions are rising up on us; what will happen after her son, Ace, become an adult? Did she seriously think about the fact that Ace would suffer from his name for the rest of his life entirely?

The picture below is Ace from the cartoon; he actually dies in the mid-story-line. 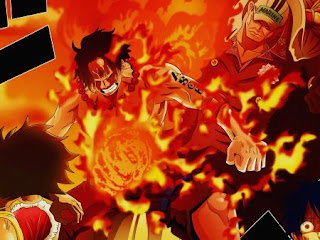 For this issue, Japanese Net-users commented on an electronic board:
"Poor Ace."
"His school teacher may read his name incorrectly."
"What will happen after Ace get old? I don't want to have a boss whose name is Ace!"
"The border-line between the reality and the imaginative world is broken down."
"Japan is over; yes, we knew it!!"