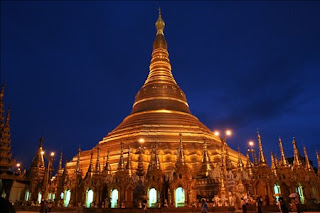 With more than seven hundred million users across the globe, Facebook became not only a SNS, but the largest community to share personal pieces of information without national borders; and such is something even Google failed to make it come true.
Since the network allow its users, especially those who are capable to understand English, to easily share what is going on in this world globally, politically-cloistered nations has been preventing their people to have a hand in Facebook along with Twitter, Google services and the like.
Recently, Myanmar, one of such nations, announced officially to open the internet freely to its people; in other words, Burmese are allowed to connect with the rest of the world via Facebook, Twitter or Google. The nation had been one of the nations practicing regulation of the Internet information in per with four-heavenly-kings, including China, Iran, Cuba and North Korea.
How is this Myanmar network revolution going in affect those who are still saying NO to Facebook?
With the fact that China beat Google down a couple of years ago after a series of legal battles, it is not easy things to open those kings freely to the rest of the world.

While some argue that Facebook or Google, those generated in the U.S., are icons of civilization in terms of the Internet usage, Facebook itself has a number of problems especially for its privacy issues and informational leak. A electronic scientist announced officially that there are about six-hundred-thousand illegal log-ins per day; and the problem just a tip of the iceberg of other reported bugs or problems of the network.

Even with those risks, are you still keeping to use the site?