By John Ito - October 31, 2011
Christophe Guilmoto, a French demographer, indicated that the world will face with an unprecedented level of difficulties for male marriage especially those live in China and India due to the Asian's extremely male-centered ideas and traditions according to which Chinese and Indian parents prefer to have boys rather than girls. 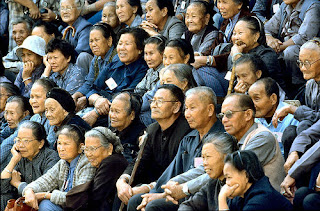 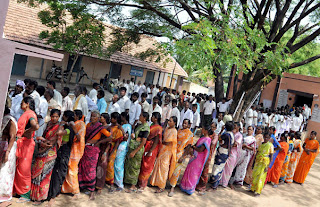 Birth ratio between boys and girls according to nature is about 104 to 106 boys per 100 girls while there are about 120 to 130 boys per 100 girls in China and 112 boys per 100 girls in India and Vietnam. The trend is being expanded in other parts of the world too.
The unequal birth ratio was first being indicated in the book, More than 100 Million Women Are Missing, written by an Indian Novel-prized economist, Amartya Sen.
Even though world's experts' prospects for the future result of the male-over-plus societies are varied, they commonly look black on the future.
Political scientists, Valerie Hudson and Andrea Den Boer, argue that highly-male-populated Asian nations may constitute a veritable threat to the West in the future, while Mara Hvistendahl - a writer of Science - claim that highly-men-populated world would be really unlivable.
In Japan, for example, male birth ratio is higher than that of female too, however, female population surpasses that of male; the trick is that men are dying by suicides or diseases, and such is the balanced equation of population.

For this issue, Japanese Net-users commented:
"We have animated women!"
"No girl is attracted to computer-devotees anyway."
"I'll invest in sex-doll industries."
"We have many women as abundant as stars anyway even though we have no way to reach to stars lol"