Galapagos Syndrome; Japanese Products Are Out of Date. 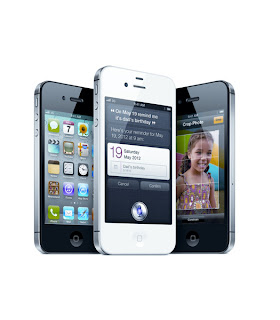 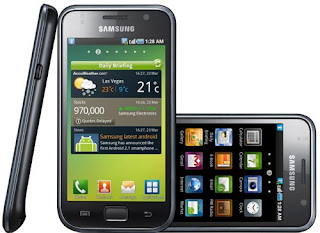 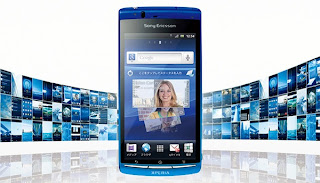 While Apple's latest iPhone model attracts the world, South Korean and Taiwanese electronic giants - Samsung and HTC - successfully build a close relationship with Google as well as have worked hand-in-hand with Google to develop Android OS and Chrome OS from the development phase, performing a great challenge to the world market. Those titans grub spotlights from the entire globe, and the world looks forward to what they create next; at the mean time, it is almost impossible to find former electronic titans of Japan that had once taken the world with highly-developed devices - from Sony's Walkman to VHS and everything in between - ten years ahead of that of the rest of the world's companies in technologies during the 1990s.
For more than a decade, Japanese electronic firms have suffered from so-called Galapagos syndrome, which is a technical term applied for Japanese cell-phones that are developed to be modified to Japanese specialties and even today in which smart-phones are taking over the cell-phone-market the syndrome is deeply rooted within the nation.
Being basically preoccupied with a domestic demand, Japanese firms lost spirits to challenge the world, and such triggered even Japanese people and the country's major cell-phone carries to face their backs on the domestic cell-phone makers.
Until the advent of smart-phones, the nation's wireless-carries - Docomo, KDDI and Softbank - and the domestic cell-phone makers had co-developed the so-called Galapagos cell-phones that were highly developed for Japanese usage; and they mistakenly believed that their products are the best of the world despite the fact that those created by Nokia, Samsung and LG went over big globally.
However, iPhone's advent in market changed everything and the product became the biggest hit ever since iPods even in Japanese markets that had kept foreign products at bay as well as has let cell-phone carriers to take a part in the scramble of iPhone. Softbank, one of major cell-phone carriers of the nation, became the first provider of iPhone and started to bring the product to the fore for its marketing-strategy before any of the domestic firm's cell-phones, like Sony, Sharp, NEC and so on.
Samsung and HTC joining the global cell-phone war, the globalization of the domestic cell-phone market was highly-accelerated; and Samsung's Galaxy S series bacame the first Korean product to hit in Japan. For now, top 6 of the hot selling-line of smart-phones in the country are surely non-Japanese products, including Galaxy S II (South Korea), iPhone 4S (U.S.) and Xperia Acro (Britain).
While Japanese people along with those in the rest of the globe tried to be the first to know the on-sale date of the latest model of iPhone or Galaxy S and so did the country's media, they paid no notice to the release date of Sony's latest PSP model: PS Vita, or Nintendo 3DS. Also, as long as paying notice to electronic latest trends, there is almost impossible to get news of Japanese industries or the latest models of them even in Japan.

Sony Tablet's release event held in Tokyo that failed to attract people in the street. 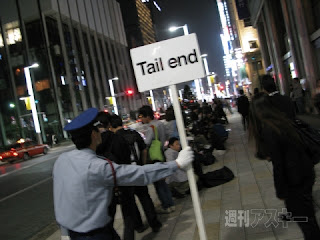 Avalanche of iPhone users waited to buy the latest model in the great queue in Ginza, Tokyo. 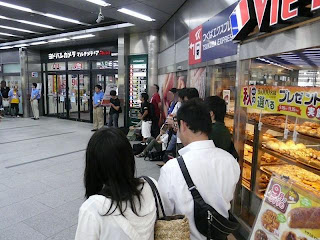 Only few people are waiting to get Sony's tablet. 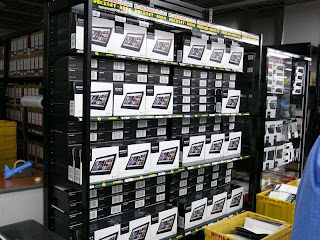 Unsold inventories of the Sony's tablet 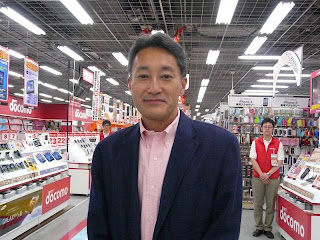 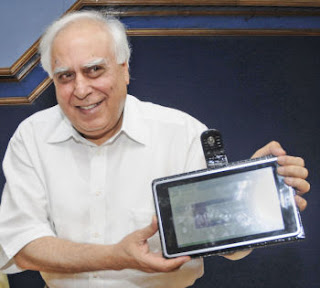 Indian Android tablet that cost only $35 to buy.

With the fact that Japanese carriers are trying to build close relationships with foreign smart-phone-giants to increase their sales, domestic companies, like Sony, Sharp or NEC, are loosing their motivations and development cost to create products capable to compete with foreign products not only on performance; brand-name; at the mean time, those in glowing powers, including South Korea, Taiwan, India and so on, are trying to take the world as connecting strongly with Google. Some argue that iPhone or Galaxy are one-year ahead of those of Japan in technological developments and creativity. 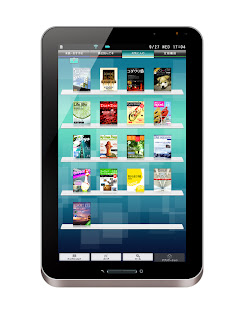 (Japan) Sharp's tablet, ironically named "Galapagos," that is expected to be a domestic model to compete with iPad; Sharp, however, cut off the production of the model only in a half year for its  pretty poor sales figures. 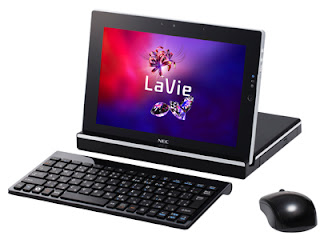 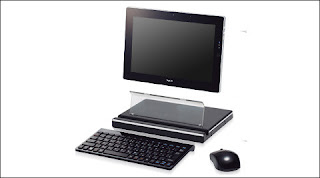