Italian Wikipedia Will Soon Be Closed.

By John Ito - October 06, 2011
As you may already know that the year of 2011 would be one of the most unforgettable days for years to come with a number of big stories that made headline across the globe, including the great east Japan earthquake, the assassination of bin Laden, Steve Jobs's death and the list goes on.
Currently, another news that have as enough impact as those occurred previously knocks back the world. 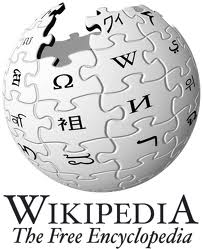 In Italy, the government is now trying to apply a new low that will urge anyone who writes something that is not acceptable from the governmental point of view to write an apology on the Net within 48 hours; and the low will determinedly doom the continuation of the Italianized version of Wikipedia any time soon, despite the fact that the closure is their voluntary activity to claim against the Italian government.
Additionally, it is not unduly surprised by the fact that Silvio Berlusconi surely pulls the wires behind the scenes to apply the low across the nation.
Even though Wikipedia has been alarming its writers and editors to remain neutral as well as avoid being too personal about a subject they are writing or editing about, regardless of their efforts, one of the most opened area on the Internet will be closed by the political power in the civilized state.