Baba Vanga: the Greatest Clairvoyant Ever

By John Ito - October 10, 2011
Along with John Titor, who suddenly appeared on the Internet in 1998 with a number of predictions that would happen in the future with detailed explanations as well as is considered as a time-traveler came from the future - the year of 2036, Baba Vanga, a Bulgarian blind female, has also left lots of significant predictions until her death in 1996; and unlike Titor, she is considered as a clairvoyant, who could clearly see our tomorrows - even the end of human being. 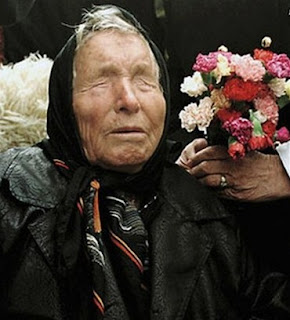 Words she left actually didn't make any sense back then due to the fact that her explanations were too abstract; however, her predictions have thrown those who knew what she said into great impact when events she predicted became true.

For example: "At the turn of the century, in August of 1999 or 2000, Kursk will be covered with water, and the whole world will be weeping over it." (1980)
Twenty years after the prediction, a Russian nuclear submarine, named Kursk, sunk into the deep ocean, making headlines across the globe in August 2000. Since the name, Kursk, is a city name, so the prediction didn't seem realistic in 1980.

“Horror, horror! The American brethren will fall after being attacked by the steel birds. The wolves will be howling in a bush, and innocent blood will be gushing.” (1989)
This one hadn't made any sense to those who heard about it in the year; however this incident took place in New York on September 11th, 2001; and the incident sparked unending wars with terrorism in the global context and the war in Iraq led by the former president of the States, Bush, that left lasting scars in Middle-East.

"2011 - Due to the radioactive showers in Northern Hemisphere - no animals or plants will be left. Muslims will begin chemical war against Europeans who are still alive."
Along with those predicted before, she correctly guessed Fukushima nuclear accident occurred in March, 2011as well as the Euro's economic and financial disasters, which can be traced to the Greek default.

Lost her mother in young, Vanga lived a turbulent life in her home country. When she was very young, she was not blind and was really smart with beautiful appearances. However, one night, shortly after she experienced a stormy disaster as well as wounded terribly, she was found out to be blind. From that day, her entire ways to live is completely changed with great miracles He left on her instead of getting rid of her eye-sight. She, for example, described where her father's stolen sheep is hidden; and then her ability was gradually sparked and proved herself that she actually had eyes to see something people in general can't see.
Standing in front of a person, she witnessed his/her yesterdays, today, and even tomorrows with revolving-lantern-like dreams. Her extraordinarily ability even predicted her family's death; her older brother Vesil lost his life after a series of horrible tortures in a war with Germany, despite the fact that she had begged and told him not to join the war.
In her lifetime, she repeatedly said that our souls would always live on even after we lost our bodies. She couldn't explain what it is, but she certainly could see it.

Shortly before she is dead; she said that her ability is succeeded by into a blind girl in France aged 10 back then and the girl would soon receive a Vanga's message; the world will know who she is any time soon. 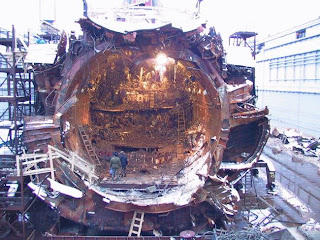 A Picture of Kursk 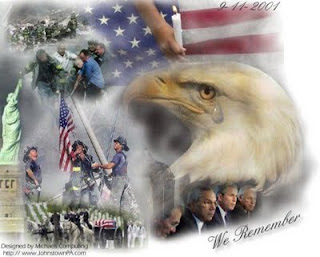 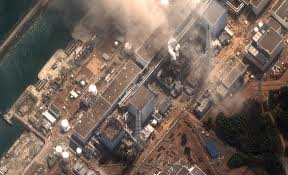 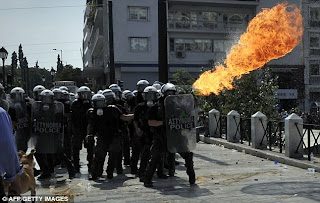 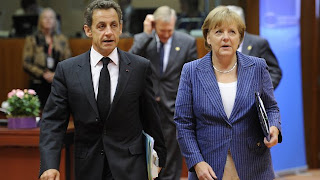 Europe in the Greatest Economical Crisis Ever 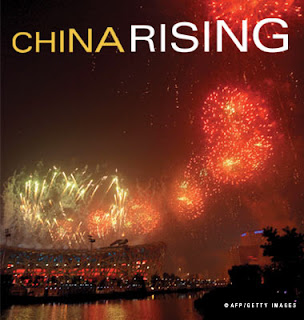 Here are quotatins from "Vanga predicted break out of Third World War in 2010."

2014 - Most of the people in this world will have skin cancer and skin related diseases. (as a result of chemical wars).
2016 - Europe is almost empty
2018 - China becomes the new world power.
2023 - Earth’s orbit will change slightly
2025 - Europe is still barely populated
2043 - World economy is prosperous. Muslims are running Europe.
2046 - Any organs can be mass produced. Exchange of body organs becomes the favorite method of treatment.
2084 - The rebirth of the nature.
2088 - New disease. - People are getting old in few seconds.
2097 - This disease is cured.
2100 - Man made Sun is lighting up the dark side of the planet Earth.
2111 - People become robots.
2154 - Animals become half-humans.
2167 - New religion
2170 - Big drought.
2183 - Collony on Mars becomes nuclear nation and is asking for independence from the Earth. (same way as U.S. did from England)
2187 - Successfully two volcano eruptions are stopped.
2195 - Sea colonies are fully supplied with energy and food.
2196 - Full mixture between Asians and Europeans.
2256 - Spaceship brings a freighting new disease into Earth.
2273 - Mix of yellow, white, and black race. New race.
2299 - In France, there is a partisan uprising against Islam.
2302 - New important new laws and mysteries about the universe are uncovered.
2304 - The mystery of the Moon is uncovered.
2341 - Something frightening is closing in with Earth from the space.
2354 - Accident on one of the man made suns, will result in drought.
2371 - Mighty hunger.
2378 - New and fast growing race.
2480 - Two man made suns will collide. Earth is in the dark.
3005 - War on Mars. Trajectory of planets changes.
3010 - Comet will ram into the Moon. Around Earth there is a belt of rocks and dust.
3797 - By this time, everything living on Earth dies. But humans are able to put in the essentials for the beginning of a new life in a new star system
5079 - The end of the world and human being