A Russian Woman Claims That She Owns an Alien in Her Fridge. 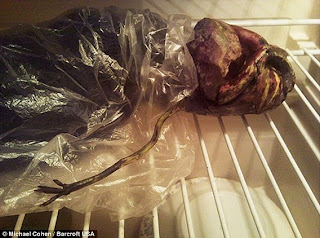 A Russian Female, Marta Yegorovnam, residing in a Russian western city, claims that she saves a body of an unknown alien and the obviously nonsense news somehow headlined around the world's Net-based news sites.
In the summer of 2009, she witnessed an UFO's crash and found the already-dead alien among the wreckage, having saved the body for a couple of years in her home. 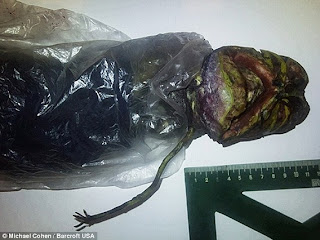 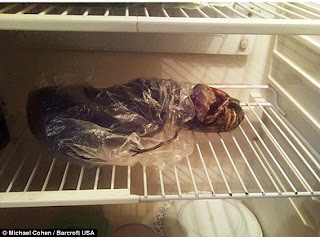