Truth Behind the Scenes: What Does Fukushima Look Like Right Now 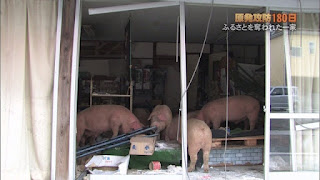 Even though the large-sized Japan's earthquack and tsunami and the succeeding nuclear-power plant crush happened almost a year ago, only 5% of the rubble has been disposed for now. The rest still remain in the afflicted areas.
Harmful rumors about Fukushima has been damaging the region's reputation, and people there are leaving their home prefecture one after another.
Domestic animals, pets and even camel birds settle in the off-limits areas of Fukushima, creating an apocalyptic world, which reminds me of a 1997 American film, The Post Man. 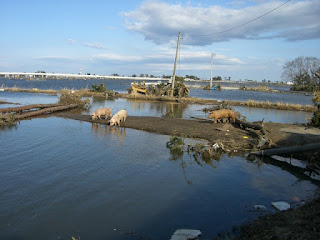 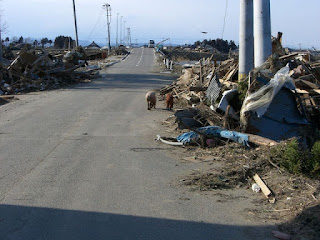 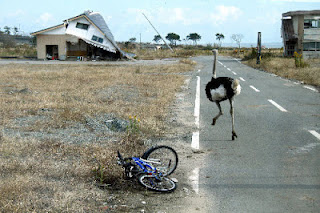 This is not a joke.