GON: Japanese Dinosaur Comic Series Will Be Adopted into Animation 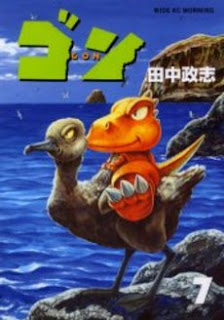 Gon, a dinosaur manga series drawn by a Japan-residing manga (comic) artist Masashi Tanaka, will be adopted into a computer-graphics-based animation in Japan, as well as come back on a monthly manga magazine, Afternoon published by Kodansha. The series enjoyed great popularity during 1990's with its unique features; Tanaka never used any sentence through the series.
Having the baby dinosaur Gon as the center of the story, he depicted his life in the wild with sensitive drawings. Not only in Japan, but also the series bore great attention in overseas. Some argue that the series is not a manga, but a piece of art.