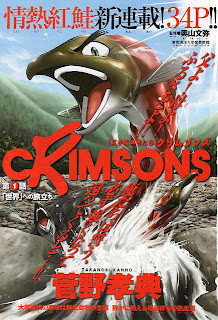 Famous for having wide-range of themes, from base-ball to dinosaurs and everything in between, Manga, Japanese way to call comics, enjoy great popularity not only in Japan, but also in the world; recently, their sales begin to decline though. Manga, therefore, is one of the icons of the country's pop-cultures.
Among them, newly-started mange series, titled Crimsons, that starred salmon bears attention not by story-line but by idiocy, as Japanese Net-users made fool of the work. 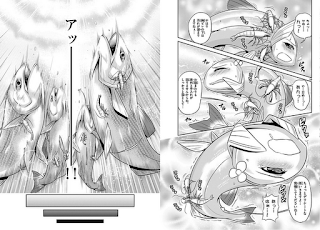