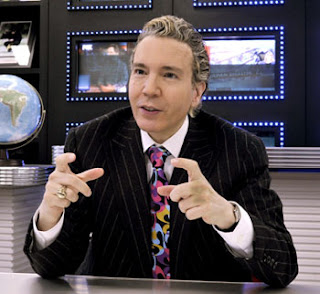 While Americans probably never heard of him, Dave Spector is known to vast majority of Japanese as a Gaijin tarento (foreign TV talent).
Speaking fluent Japanse, Spector enjoys great popularity in the Far Eastern nation, where locates half way around the Earth from his home, the United States.
His interest toward Japan had begun when he had been a fixture in his Japanese neighbor's house, learning the language and cultures as well as became the major cause for him to study at Sophia University in Tokyo, Japan, in 1972.
Since 1983, he started his career as a TV talent in the country and distinguished himself not only as a telent but also as a TV producer, commentator and more along with several other foreign talents, who enrich their knowledge of Japan; among them, Spector is a few of them who established their lives in the country as he married a Japanese woman.
Today, he appears on several TV shows as a regular member and develops his career as a Gaijin tarento in the land of the Rising Sun.