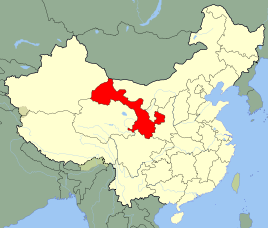 The whole population of Yumen in the northwestern part of Gansu, China, has been sealed off after the death of 38-year-old man who had touched a dead marmot, related to squirrel. With the perimeter of the city being restrictively blocked by the local police, no one is allowed to leave the city that reportedly has enough supply to sustain its people inside for a month.
Reportedly, the 38-year-old found the dead marmot and ripped it into peaces to feed his dog. Soon he had a high fever and turned out to be dead within the day. He was  dead of a flea bite; and apparently the flea bit him had attached to the dead marmot.
In the history, the plague was known as the black death in the 14th-century in Europe. Even with the modern technology, there is no vaccine effective against the plague.