A Giant Salamander Appeared at Riverbank 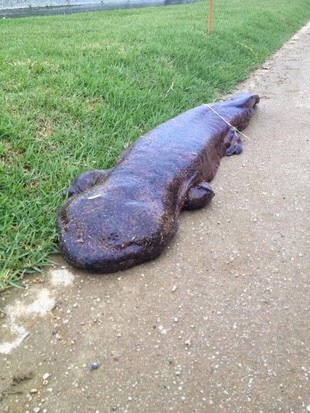 This picture that captured a rare Japanese giant salamander is now widely spread on Twitter all across Japan. Since the creature is only restricted in cool and clear streams and entirely nocturnal, it is very rare find it alive. Designated as a protected species,  it is highly restricted to keep it or even touch it.