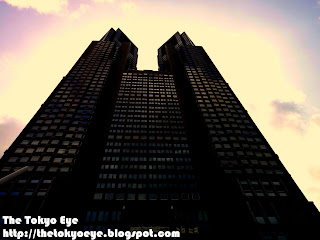 The 9.0-magnitude earthquake - the largest quake ever in Japan and fifth biggest in the world record that occurred on March 11th - wrecked enormous damages to Eastern-half of Japan, especially coastlines of Tohoku (North-East) area.
As time advances, all the aspects of the damage wrecked by the quake, tsunamis and explosion of nuclear-power-plant have become uncovered. Originally, Tokyo announced the sum-total death is about 1,700, however, it surpassed ten-thousands.
A day after the earthquake, tsunamis spread up in half; one of them rushed to coastal lines of Miyagi as well as swept away a whole town, destroying everything in its path, while the other half traveled across the pacific ocean, take a man's life who took pictures on Californian shore. Not only have tsunamis destroyed the areas; they sank the coastal lines under the sea water, causing the quake-hit areas unlivable. The catastrophe swept whole population of the citizens. A land-locked prefecture, like Iwate, has also caused hundreds-death.
On the black water covered the whole towns, eerie flames appeared which is caused by the leakage of automobile's gasoline over the night of the quake-hit date.
Even after the meteorological bureau gave whole tsunami-wave warning all clear, succeeding 7.0-magnitude earthquake has hit Fukushima, in which a number of nuclear-plants are situating, causing one of them to experience the nation's first hydrogen detonation. The catastrophe directly damaged normal lives of people in Kanto, which locate far away from the quake's main source; Tokyo Electric Power suddenly announced the stop of electric supply in Greater Tokyo area for a month as practicing rolling blackouts. In some parts of Ibarak, Shizuoka, Chiba and Yamanashi for two hours from 5:00PM to 7:00PM, the rolling blackouts were put in practice, and the true darkness covered the areas. On hourly basis, Tokyo Electric Power stopped electronic supply on train transportations as well.
Earth-quack Greater Tokyo Incidents Japan Tohoku Tokyo