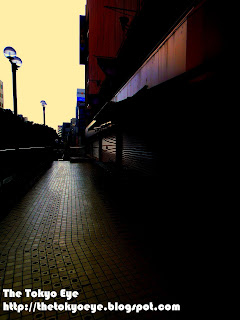 A couple of drops of tear flowing down her cheeks, an old lady who survived the M9.0-earthquake in Tohoku, Japan second-guessed herself whether she should get alive or not in the situation in which she has nowhere to home, according to Nihon Television.
Four days later, aftershocks of the major quake are still going on, making those who live in shelters nervous all the time.
Not only did the quakes and tsunamis kill thousands of people, but want of medical sustenances have caused hundreds of death in shelters, especially those who need dialysis. For the quake-hit areas situates on northern-half of the planet, the cold temperature with snowing jeopardize the survives' lives as if to add insult to their injuries.
Even worse, people in and around Tokyo - those who didn't get as worse damages as in Tohoku - tend to stock up a number of foods as emptying store-shelfs, leading the Japanese government to practice an announcement that not to stock them up in oder to save enough foods for quake-victims.
Earth-quack Greater Tokyo Japan Tohoku Tokyo Tsunami