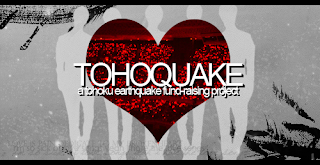 With the fact that the last major earthquake happened in the 11th, Japanese media call it as the "3/11," comparing with "9/11," and Japanese media reported the current status of tsunami-wrecked areas as dramatic as possible. Such over-earnest media circus went toward termination as days have advanced.
Almost a couple of weeks down the line, the eastern-half of Japan is experiencing minor tremors of the Tohoku-Kanto Earthquake, the Japanese government has failed integrating all incoming and outgoing information of damages being wrecked in the major quake, tsunamis and nuclear leakage in Fukushima, preventing the public to erase a skepticism toward the Diet.
During a week after the quake, all Japanese televisions stopped broadcasting their regular programs; from a following week, however, they started their regulars - comedians behave as if nothing happened - all at once as though distracting audiences from realities in the face of hazardous nature of the radiological materials, which damage Japanese goods'reputation worldwide with the harmful rumor.
Losing major electronic generators, daily lives of people living in peripheral areas of Tokyo suffer from the want of electronic powers as a result of scheduled outage while Tokyoites enjoy their everyday lives without any concern of want of such outage. Though none of Japanese media has discovered, not a little number of people suffering from the outage found apparent unfairness in the outage distribution; since every traffic signal also become useless, traffic accidents occur in various corner of the black-outed areas, causing innocent people to die in some cases.