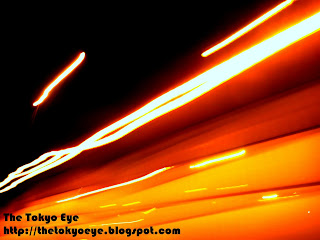 Tohoku areas, Japan - On March 11, 2011, Magnitude 8.8 earthquake - the largest earthquake ever since the beginning of the recording - hit northern half of Japan, preventing almost half of Japanese population to get in their home due to the sudden stop of railway systems, which are managed by Japan Railways (JR).
In Arakawa-ku, Sendai, 200 to 300 dead bodies were found. In total, more than 400 people lost their lives by this havoc.
Even though The earthquake centered in Tohoku, north part of Honshu island, it was strong enough to shake the Japanese capital, which situate on far away from the main source. This havoc allowed us to have a glimpse into the potential major casualty that might happen in the future of Tokyo.
On this occasion, the Magnitude-eight level catastrophe didn't attack Tokyo, but what will Tokyoite do to survive the havoc if such actually happen. Even magnitude-five level proved that it is capable enough to paralyze the transportation networks, parting families. Along with transportations, electronic communications were terribly damaged, applying difficulties for users to make sure their families, friends and relatives are all right.
Due to the fact that most of Japanese business-personnels depend on trains and subways in transportation, they had no choice but stayed in their offices for a night to wait on the resumption of operation of the railways, especially in Tokyo.
After which the powerful earthquake stroke the Pacific-side of Japanese archipelago centered in northern-half of the main island, the news made headlines around neighboring countries as well as warned them to make ready for possible strike of tsunamis caused by the earthquake, including Russia, Indonesia, Chili, Hawaii and all the rest of them.