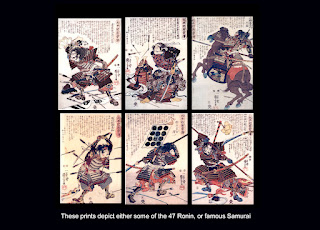 With a slightly arched sword reflecting the dim light of the Moon, Nobunaga Oda - the most popular historical figure as monstrous a military commander as ever lived in the warfare era of Japan - stabbed the sword into his belly, being splashed by his blood in a flaming Hinnoji Temple.
It was a result of the violation of the faith of one of his best liege-man, Mitsuhide Akechi. Not only did Nobunaga Oda earn his place in the history as practicing the traditional beauty of death, but Oda represented the heroism of Japanese.
In modern Japan, people still practice suicides everyday; according to the governmental research, more than ninety people commit suicide per day, meaning 30,000 plus population take their lives per year in Japan alone.
That statistic is almost the same with deprived nations of the eastern Europe and the like. Unlike the historical figure, suicides today are not as memorable.
From numerous centuries back, Japanese has seen aesthetic beauty in ritual suicide of men in high-status as a flower displays.
As period advances, the tradition, however, has become ritualistic; at the last days of the last Japanese feudal era as known as Edo Period, Samurais didn't even cut their stomach, but applied rouge on their belly.