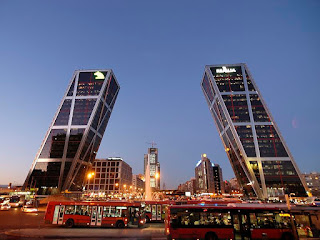 
Despite its debt crisis in per with Italy and Greece, Spanish capital, Madrid showed the city's intention that it will join in the Olympic bid for 2020 summer games for which Tokyo, Rome, Istanbul and other cities bid. Even though the city's mayor declared officially that eight-tenth of Olympic facilities have already been built, the city's exposure will reach 63.7billion Euros within this year. Having bid for Olympic games for a number of times in the past decade, the city, however, hasn't been gotten success.