According to The Times, a British newspaper, a nuclear explosion was occurred on November 28th in Isfahan, Iran's third largest city, and suggest a military strike as a possible cause of the explosion.
Due to the risk of the explosion, the U.K. and Norway closed their embassy in Iran, and France, Germany and the Netherlands are about to close their embassies in the country.
At the same time, Iranian ambassadors in European major countries in the inclusion of the U.K, France, Germany, Italy and Norway were departed to their homeland in response to the incident, which Iranian students break in British embassy in Tehran.
Accordingly, tension is growing between Europe and Iran. 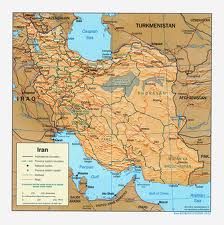