2011 The Tokyo Eye's Best Videos of the Year 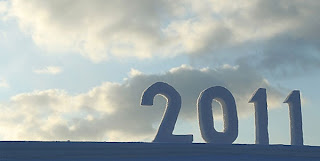 Gmail Man; A video probably made by Microsoft that make fool of Gmail.

A Great ad made by STA, a traveling agency.

An American gospel group sang Ponyo-Theme, a Japanese song for an animated movie.

Steve Jobs' Vision of the World

Iraqi get excited over the country's very first escalators.

Lough is contagious in a German subway.

Documentary Film For the Japan's Tsunami