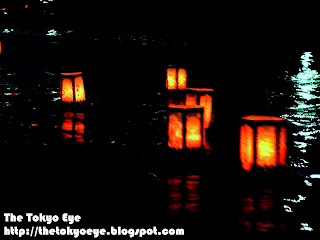 With an unending chain of recession started from the early '90s asset bubble burst, being stalled with no way out, Japan lost its glory. Behind the future super power on the continent, Japan is less represented now.
In Japan, the term "bubble" has special meaning due to its major influence in the country both positively and negatively that catapult the nation as a whole into the top of the gleaming stage and then nudge it to the abyss. Even today Japanese still call the generation that enjoyed such "bubbly" days as "bubble" twenty years later.
During the bubble economy, Japanese major agencies waged economic invasion on every corner of the globe. Few of the targets were irreplaceable pieces that carry national flags, including Vincent van Gogh's "Sunflowers," Auguste Rodin's "The Thinker," and Rockefeller Center in New York. Such behavior arouse resentment in the world, especially from the late '80s to the early '90s. With the asset bubble burst, those properties returned to their original owners or went to other owners.
Not only economy; during the period of the World War II, Japan had made another mistake to provoke globally strong feeling with military invasion on its neighbors including China, Korea, some of Southeast Asian countries as well as Southern-Pacific islands; the defeat in the war represented by A-bombing on Hiroshima and Nagasaki leaded Japan to an economic state without having any militarily but self-defense force.
Before the healing of Japanese wound inflicted during the bubble era, rise of its neighbors, especially China and South Korea, become the major threat on the Japanese status as an economic power in the global context.
Militarily and economically, Japan lost its influence on the globe. The turn-around point to bring Japan into another stage from within may come now to find another sense of value, getting back to the source with fresh ideas. However, such ideal is universal in Japan. As driving Japan into the glooming road, people become self-centered and be distrustful about the society. For a half century after the postwar era, started from one of poorest countries in the world, the theory Tokyo asserted was simple: "catch up with and overtake the West." But now, the neighbors turn over the lesson, and China surpassed Japan. The major barrier preventing Japan to step forward into the new stage is the lack of grand plan of how to shape the nation for the future to befit the nation with the new Asian order.
At times, Japanese media take Gross National Happiness (GNH) begun in Bhutan in the '70s as subjects. GNH is an social indicator that literally defines the index number of people's happiness while Gross Domestic Product (GDP) indicates the index number of a country's economic power. Such casts a question to Japanese; Is financial success everything? Behind this behavior was unshaped movements that Japanese is or isn't about to start, looking for another sense of value. Whether or not, it must bring a change in postwar Japanese mindsets which strongly is shaped through the Cold War in which Japan took part in the Western side; such leaded Japanese to have a mis-belief - Japan as one of the Western powers.
To reconfirm that Japan as an Asian member, Tokyo retake the helm to drive the country into the new voyage.
Where does Japan go for?