Amid the Tumult of Life: Together but Alone 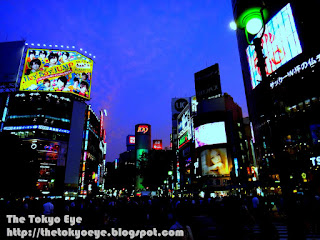 Along with the rest of the world, the advent of the Internet in Japan ignited Japanese's pent-up feeling to burst into the public, and it let us know the collapse of interpersonal relations. Unlike the previous days, in when the media outlets represented by televisions, newspapers and radios, had one-way communications to the public, people today enjoy to have their own media as having accounts in Facebook, You Tube, Blogger, and the rest of them to let Net users know who they are as well as share what they like with even people halfway around the earth.
As with the positive aspects of the Internet, negative aspects are worldwide recognition; one of them is verbal abuses behind the barrier of anonymity.
Most of such has the ring of denying people's integrity as human-beings, and it provokes another cycle of grudges on the line without showing any compassion. The abusive languages Japanese use is something nobody can imagine from general aspects of Japanese who often use polite languages. Not only on the virtual world; inter-personal relationships in the real world is broken as well.
Last year, started by the missing of would-be eldest person in Tokyo whose family didn't report his death to the local government to keep earning annuity, local governments across the nation set up researches to confirm the whereabouts of the elderlies, 90 and above. As a result; they found that 2566 of them are missing, meaning they already passed away years ago. One of such family even left a skeletal remain of their long-dead father in his bed-room for a decade, and the case let us know the fact that bonds even among family were getting broken into pieces.
Meanwhile, people of baby-boomer generation who went through the time in when bonds among people were still strong have made movements in each community to rebuild communal relationships between citizens; however, in this age in which even inter-familial relations are starting to collapse, do such movements serve a useful purpose?
On the other hand, entertainments that make a wave across the country make out and evoke every aspect of person-hood, especially friendships, family love, and the like. One Piece - a mega-hit manga series, setting in the Age of Geographical Discovery, that is sold two hundred million copies of them in Japan and the rest of the world as well as adopts animation series and animated films - for example, select a focus on interpersonal relationships that Monkey D. Luffy, the protagonist whose dream is to be the pirate king , build bold relationships with his pirate shipmen as we as other numerous characters as the story advances. Not only manga funs, even house wives become avid readers of the series.What psychology work there? Do Japanese still hold a hope on the abused relationships?
Electronic Facebook Greater Tokyo Japan Tokyo Twitter World YouTube