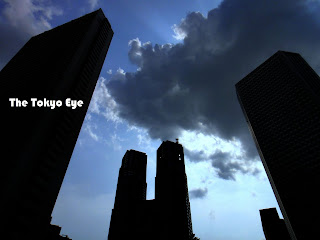 Is Japan in decline? Watching TV all day along, we can see such negative thoughts on screens quite a few times; and the answer is "YES." Compared with 1990's, in when women in gorgeous dress performed sexually-provocative dances on stages, Japanese enjoyed its bubble economy growth, especially in and around the Japanese megalopolis, Tokyo - the most populated urban area in the world.
At this juncture, all forms of desire - gleaming skyscrapers and people heading for the towers like moths to a light - took shape every around corner of the mega city, and throng in business suites enjoyed absolute mayhem on play-streets every night without any thought that the economic growth would not last long.
Dipping after peaking in October,1990, Japanese economy showed significant decline with the asset bubble burst; and such was the beginning of unending chain of sorrow. As if it were an empty dream, Tokyo lost its splendor all at once. Not only its decline; rise of its Asian rivals - China, the future super power, and South Korea, the next technology leader - has infringed on the long established fame and status of Japan.
As a result of Japanese decline leading Japan to slip in its position in the world, the power balance in its relationship with other Asian nations has dramatically changed in a decade. Since the end of the WWII, Japan had barreled through time as Asian first-rare country and as the second largest economic power after the United States until the recent in when China surpassed the rate of Japanese GDP, filling the position of the second largest economic power.
In the process of the decline, senses of value - the richer, the happier - Japanese has developed along with its economic growth has been smashed into pieces. The bubble economy ruined Japanese concept of money. During such window-dressing paradise days, even stratum at near the bottom of the social hierarchic order bought automobiles of BMW, Mercedes-Benz, and the like to show their vainglories.
The dramatic change accompanies deterioration in human relationships. Especially generational gaps between those who experienced bubble economy and younger generations knowing Japan at decline who are reluctant to spend their money is getting wider than ever before. The older generations, 40 and above, tend to hang on to an old way of thinking and memories of old days in which Japan was in its heyday still believing that Japan as number one, while younger generations tend to save their money as much as possible as well as stays in Japan without going abroad even for a trip. Such let Japanese to be ignorant about the rest of the world in this global age; it, however, is a tip of iceberg of pile of problems Japanese face with.