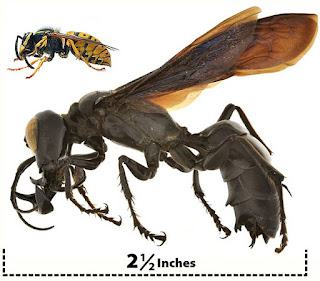 Two-and-a-half-inch wasp has so vast jaws that the discover admits that he doesn't have idea how it can walk.
Until recent days, Japanese yellow hornet was believed to be the biggest wasp in the world, the newly-discovered wasp in an Indonesian island Suiawes relapsed the positon with its overwhelming size.
The wasp's large-sized jaws are longer than its legs and so they are wrapped up in its head when closed. 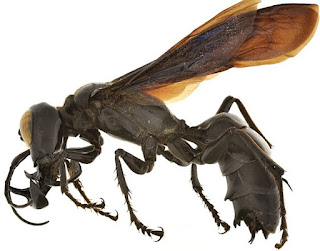 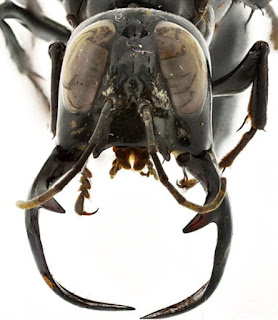