The Youngest Sailor, Who Won the World Ocean 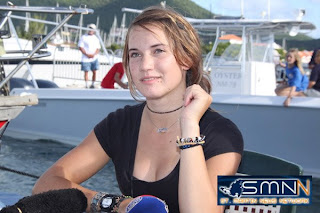 A 16-year old yachting girl from the Netherlands, Laura Dekker, broke the youngest record of solo around-the-world yacht voyage by eight months, as she arrived at Sint Maaren island in the Caribbean sea on January 21st.
Leaving the island on January 20th, 2011, she sailed around the world ocean, stopping in several ports during her voyage. In her press conference, she said that she was able to enjoy the grand journey as well as had some opportunities to meet with dolphins. 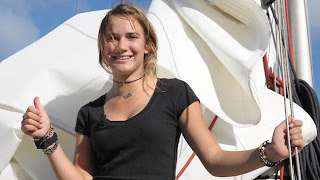