Save Taiwan, Save Democracy! 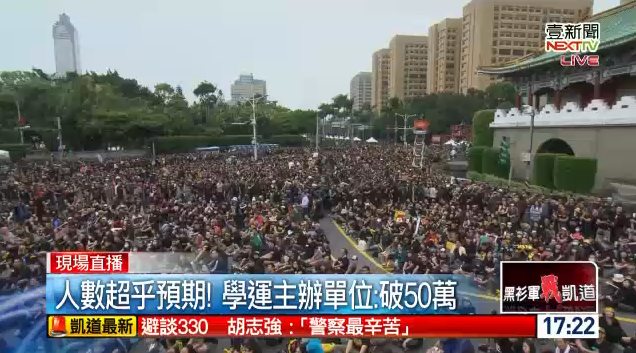 Controversy over the Cross-Strait Services Trade Agreement (CSSTA) is probably on the tipping point to move the country. CSSTA is a trade agreement, which is never agreed by the majority of Taiwanese citizens, between the mainland China and Taiwan, and that negotiation was conducted behind closed doors.
CSSTA was expected to open doors for various sectors of Chinese industries to expand their businesses to Taiwan without any limitations. Contrary, there were a lot of regulations for Taiwanese compensates to start their business in the mainland of China. As a democratic state, Taiwan has been claiming itself as an independent country for along time despite Chinese denial of their independence. 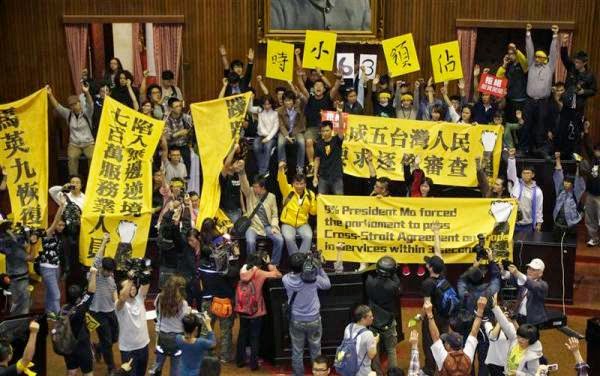 Despite the strong opposition of the majority of Taiwanese citizens and opposition parties, the Taiwanese government submitted CSSTA to the legislature. However, the story didn't end at that point. Motivated university students of the county gathered to the capital of the nation and occupied Parliament, which is unimaginable from their peaceful protest against their government last year, and their movement suspended the enforcement of the controversial agreement for the consideration for Taiwanese economy, freedom of speech and many aspects of democracy in the country.
And now, to legally fight against the controversial agreement between the two, more than five-hundred-thousand people occupied their capital city, Taipei.