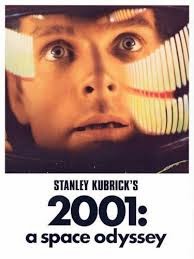 The Blue Danube, the ape throwing a piece of bones into the air, neo-futuristic objects floating in the space and so forth; Stanley Kubrick's 2001: A Space Odyssey takes its place in the movie history with those remarkably elegant scenes that are still beautiful in the 21st century.
From October to December, The British Film Institute is holding a special event for sch-fi movies - Sci-Fi: Days of Fear and Wonder - and the digital-remastered edition of 2001: A Space Odyssey is going to make its return to the screen during the event. Along with that, a new trailer of the movie was crated for the first time in forty years.